Within the framework of the Leading the Change (LtC) project, WWF Cameroon - Coastal Forests Programme, in partnership with the Limbe City Council, on Friday, March 25, 2022, organized a plastic-free city campaign, that focused on the ocean.

Within the framework of the Leading the Change (LtC) project, WWF Cameroon - Coastal Forests Programme, in partnership with the Limbe City Council, on Friday, March 25, 2022, organized a plastic-free city campaign, that focused on the ocean.

The campaign was aimed at making Limbe stand out clearly as a plastics-free city in the South West Region, in particular, and in Cameroon, as a whole. It was a timely opportunity to raise awareness of the population of Limbe about the harmful effects of poor disposal of plastics on the soil, on wildlife, especially aquatic life and an opportunity to join efforts to formulate acceptable plastic waste management strategies for promotion by Limbe communities and councils.

It was organized under the theme #StopPlasticPollution, and the bold slogan – Don’t let our City go to waste. It held at a time when the United Nations Environment Assembly (UNEA), which is the world’s highest decision-making body on the environment, concluded a meeting in Nairobi, Kenya, to discuss and make decisions on the world’s most pressing issues, ranging from deforestation to climate change and ocean pollution.

UNEA, during the meeting, adopted resolutions to start a global treaty on plastic pollution. Through it, governments have agreed to formally start negotiations on a legally-binding global treaty on plastic pollution. This is a big step forward, which follows more than four years of campaigning by WWF and many others. As a result of the campaigns, more than 2.2 million people signed the petition calling for a global agreement, a call which has been backed by over 140 leading businesses, as well as many governments, to stop this plastic crisis once and for all.
Applauding WWF Cameroon for this wonderful initiative, the representative of the Mayor of the Limbe City Council pledged their continuous support and to work closely with WWF, to ensure that this initiative is done regularly in collaboration with more stakeholders and partners.

Addressing a host of partners, stakeholders and the administration during the event, the National Director for WWF Cameroon, Mme Clotilde Ngomba, expressed profound appreciation to the Limbe City Council, for their huge support, and also to the Limbe 1 Council, for hosting the event. She also appreciated all the dignitaries, partners, and other stakeholders, for the wonderful work they have been doing towards this cause.

She reminded participants that, ocean pollution has become a great concern, not only because of the poor disposal of waste by its citizens, but also by those from the neighboring countries. “This campaign will not be a one-off event. After this, we all will put in our collective efforts to seek for bigger support and ensure that it is sustainable, and why not spread across Cameroon, with Limbe as the pilot” Mme Ngomba stated.

While the beach clean-ups are great opportunities to raise awareness on this global problem, the National Director for WWF highlighted the fact that, cleaning up the mess is not a long-term solution. She cautioned stakeholders to ensure that this work goes further upstream where most of the dumping occurs in rivers and streams that empty themselves into the ocean.

“We have realized that our coastlines are filled up with heaps of plastics, which makes it difficult for turtles and other aquatic creatures to have enough breeding grounds. Some of the plastics are easily picked up as food by fish and other sea creatures, which block their respiratory tracts, causing their death” she added.

The 1st Assistant Senior Divisional Officer for Fako, chaired the event and launched the campaign with a call on everyone to put hands on deck and make Limbe more and more attractive to the many visitors who visit the town daily to enjoy the black sandy beaches.

The Divisional Delegate for the Ministry of Environment, Nature Protection and Sustainable Development, one of WWF Cameroon’s key partner, pledged her support to always accompany WWF in this laudable initiative.
Stakeholders promised to incorporate plastics waste management into their council and village development plans, while hoping that in no distant time, they all will come together to look for a way forward to ensure that this effort is sustainable.

Over 150 participants including 50 pupils of the WWF Partner school – Government Primary School Batoke and their teachers, stakeholders, partners, the administration, Limbe city council and Limbe 1 council staff, Batoke village council, school authorities, the Bike riders within the municipality and the media, joined WWF Cameroon, to raise their voices and let the population of Limbe in particular, and Cameroon, as a whole, know that we must #StopPlastic Pollution, and make Limbe a Plastic-free city.

Prior to the campaign, a pre-assessment was carried out targeting some Limbe city dwellers to assess the level of awareness on the effects of plastic waste on the soil, man, and nature, especially the aquatic life. Four days after the campaign, the same team, followed the same itinerary and carried out a post-assessment to ascertain the impact of the campaign on the behavior of the population. Both assessments were done using an awareness raising tool designed by the Capacity building advisor for WWF Coastal Forests programme. (Assessment analysis available) 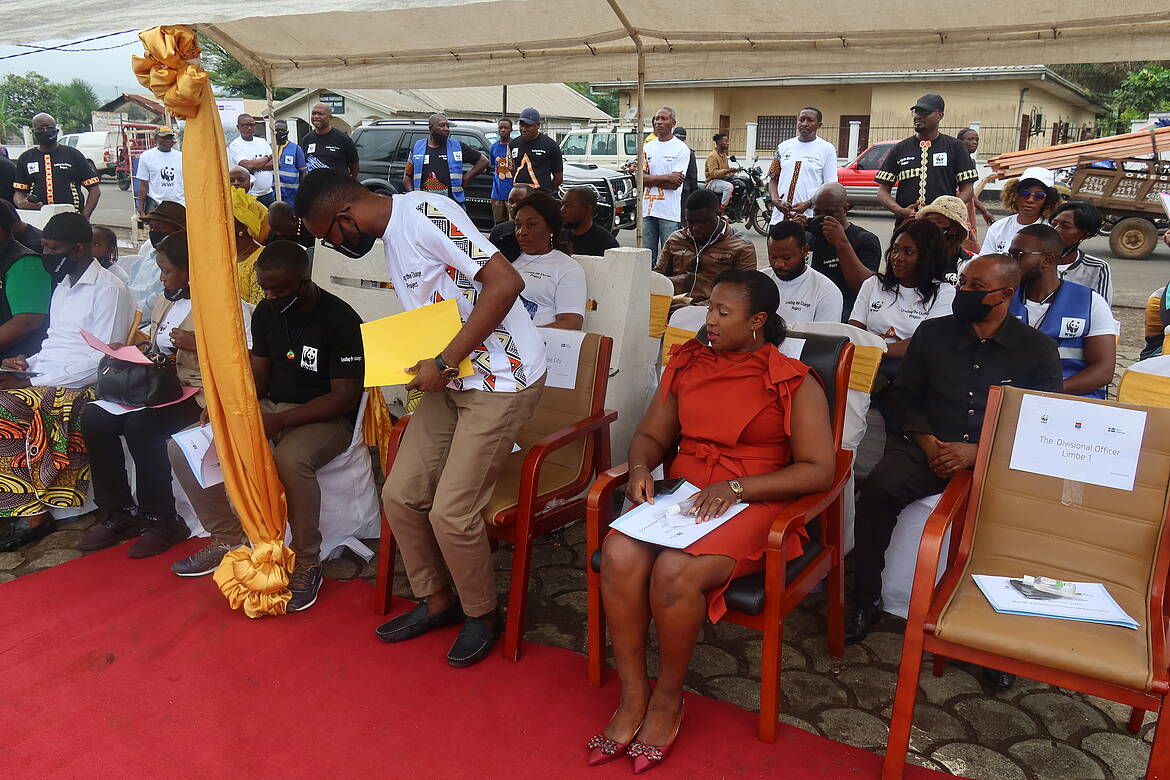 Arrival and installation of dignitaries 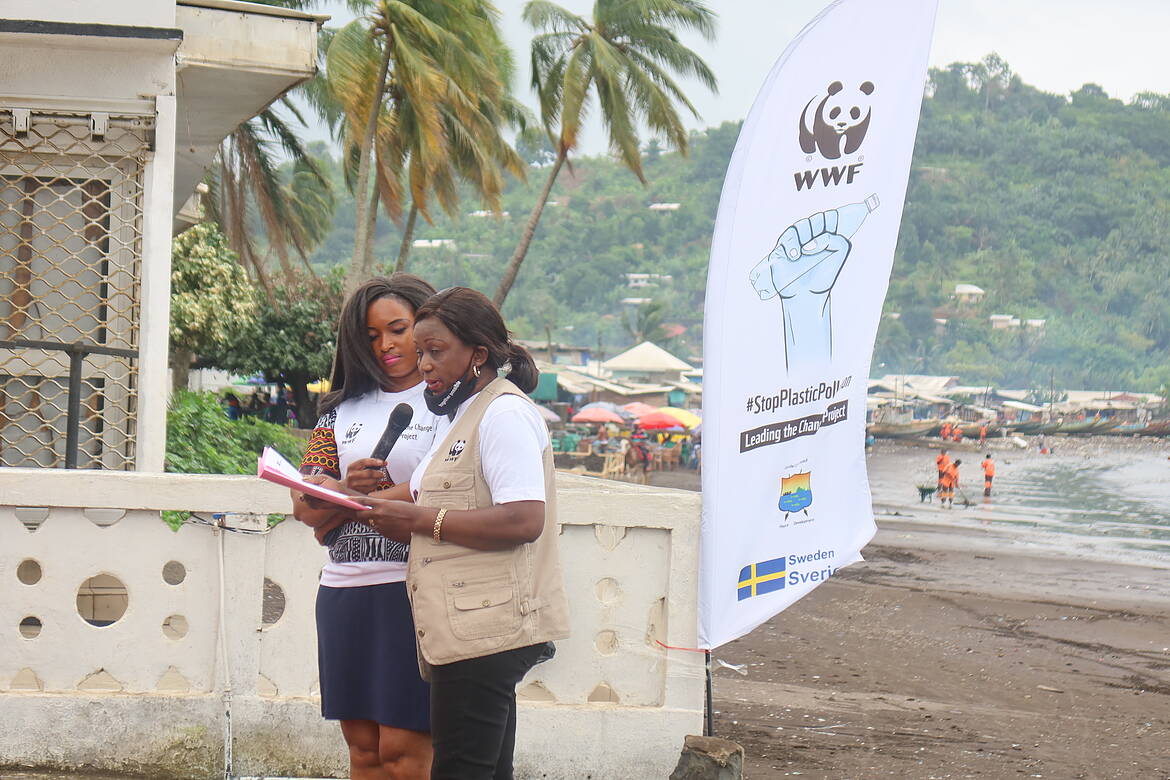 A word by the Country Director, WWF Cameroon 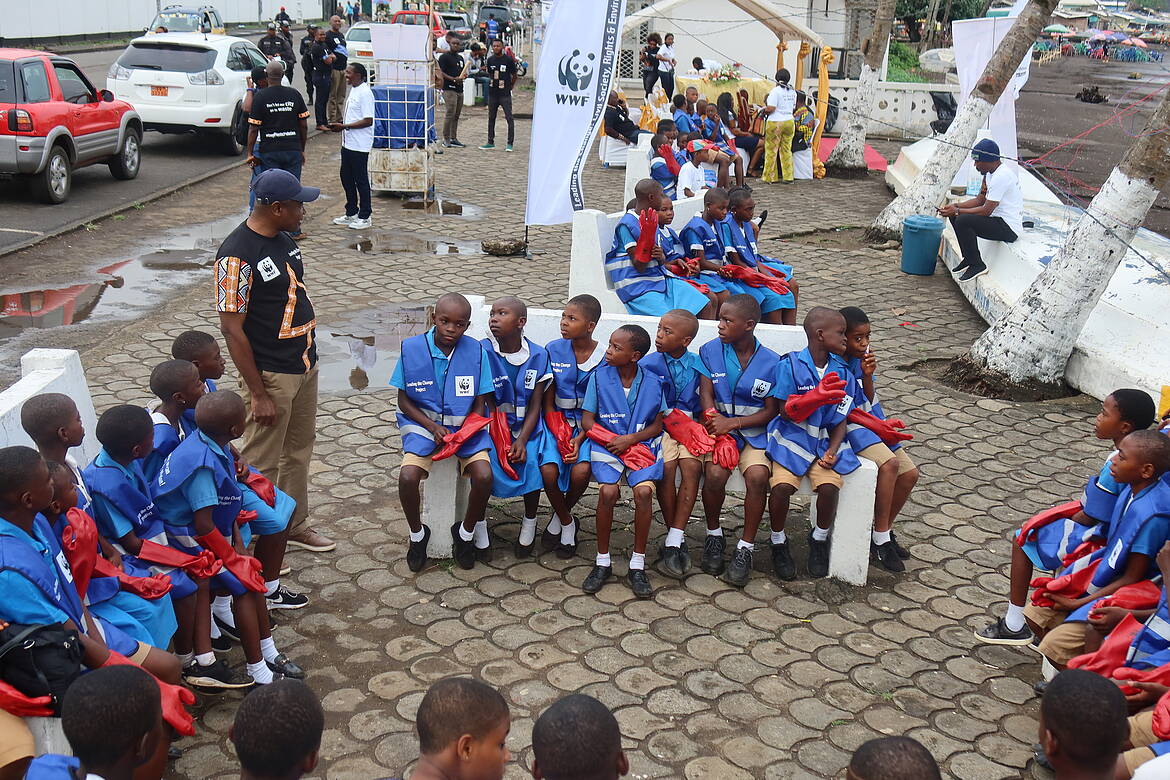 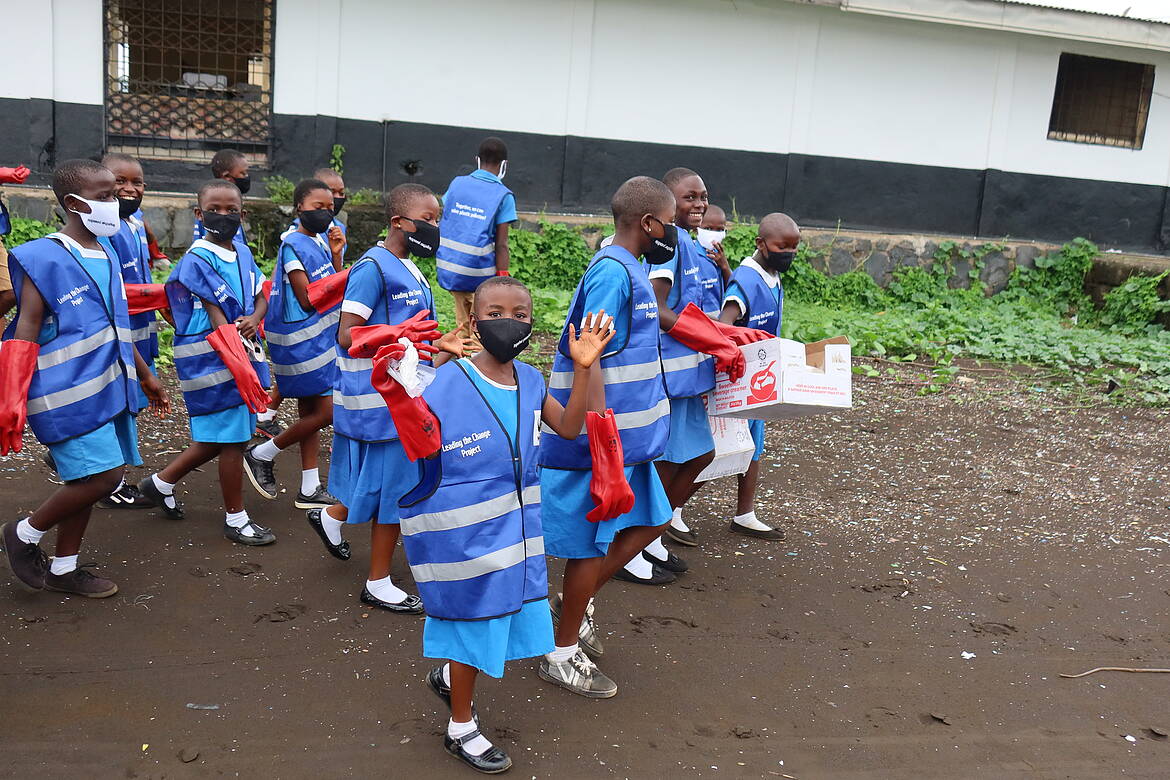 Picking of plastics along the Limbe Beach 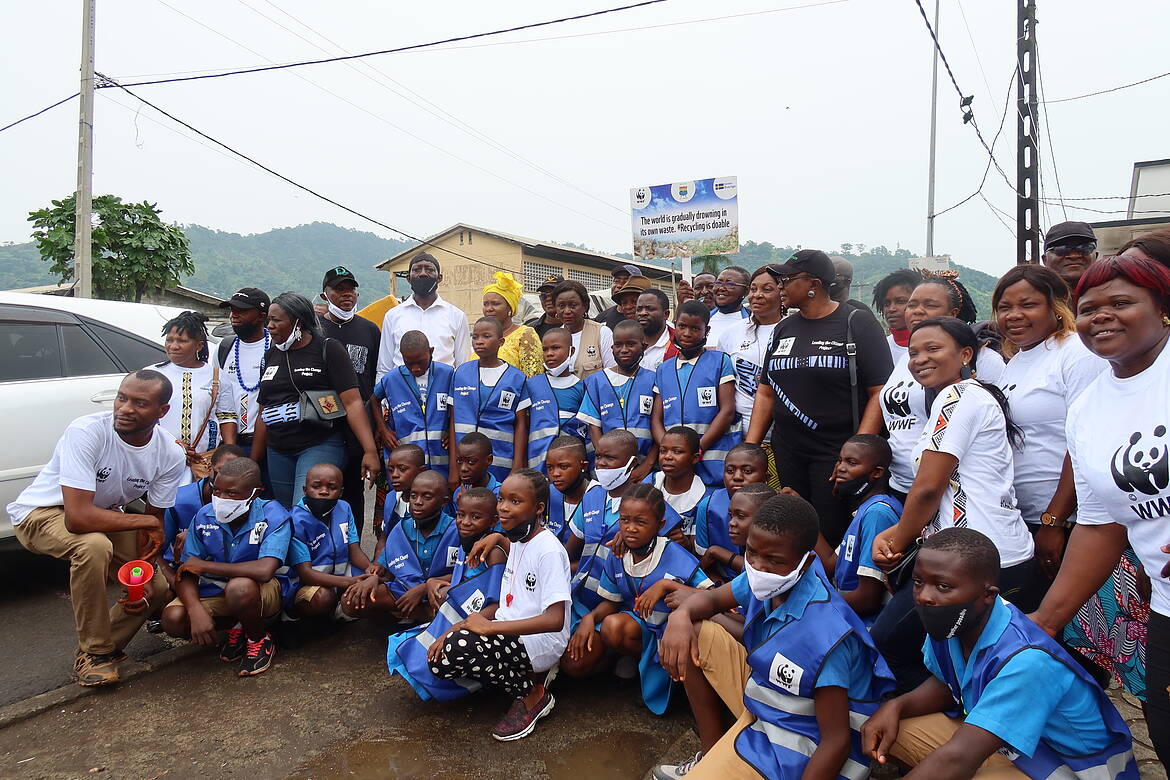 Family photo and end of event

Income-generation, development for youths around Lobeke

Ernest Adjina: The man who led the Baka to sign historic MoU with Cameroon Gov’t